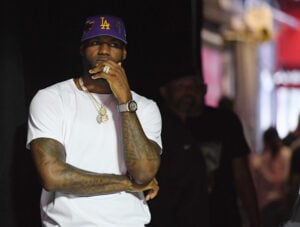 While the legal community and the world at large have spent the last several weeks snickering at Ohio State’s bumbling effort to trademark the word “The” for the purpose of dangling another merchandise license in front of a crowded market, LeBron James has quietly embarked on his own wacky adventure with the U.S. Patent and Trademark Office.

Ohio. Os on both ends and in the middle you have to be high to think these are protectable marks. But the big difference is LeBron knew exactly what he was doing.

Ohio’s favorite native son — except from 2010-2013 — attempted to trademark the phrase “Taco Tuesdays” which he’s taken to using in a number of fora. This might sound just as stupid and quixotic as Ohio State’s attempt to lockdown a definite article, but scratching beneath the surface, the King James application actually makes a lot more sense.

The USPTO rejected the “Taco Tuesday” application, as one might expect, as too commonplace to deserve trademark protection. And that’s exactly what James wanted. As ESPN explains: