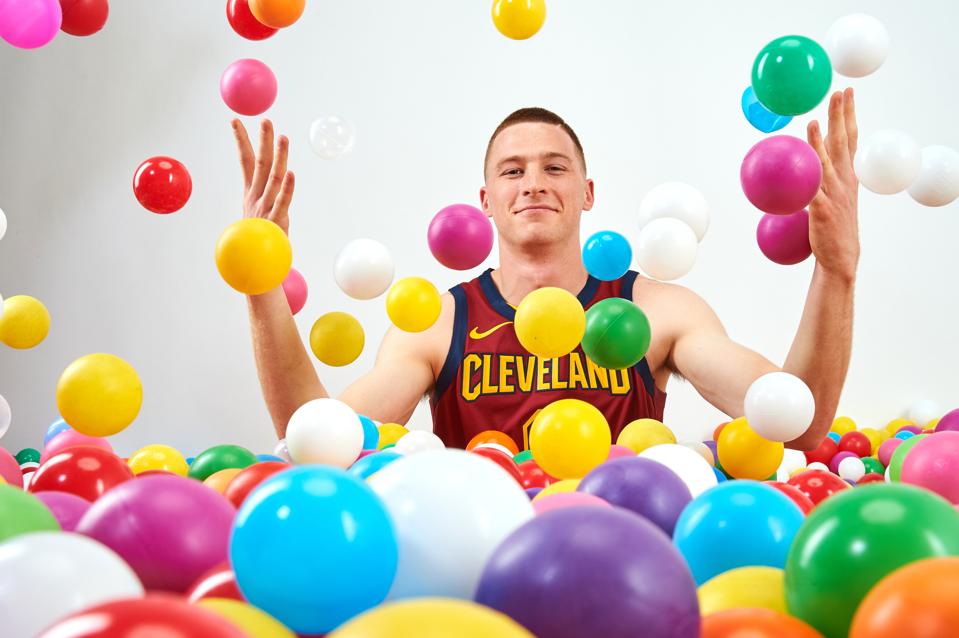 While the Cleveland Cavaliers are only projected to win around 24 games next year, it should still be fun, albeit losing, basketball. The team’s offense should look fluid and inventive under new head coach John Beilein, who will find ways to innovate all the youth on the Cavaliers’ roster. Rookie forward Dylan Windler, who Cleveland nabbed with the twenty-sixth pick out of Belmont, should see a lion’s share of minutes right out of the gate. This is due to the fact that other than Windler, the only other small forwards on Cleveland’s roster are Cedi Osman and Sindarius Thornwell. But, Windler seems level-headed coming in to contribute right away for the Cavaliers.

“I wouldn’t say I feel the pressure yet,” said Windler. “I try not to set too high of expectations for myself since it’s my rookie year. But, I’ll do everything I can every night to get better and do the things I can to contribute to the team.”

Windler envisions himself making immediate contributions on offense in catch-and-shoot situations, off-ball cutting and plenty of pin downs. In a sense, Windler will be utilized in Cleveland’s system similarly to how the Utah Jazz feature Joe Ingles. Windler agrees with that sentiment and shared that Ingles was a player he drew a lot of comparisons to coming out of Belmont. He believes this is because of their ability to pass, especially in the pick and roll as well as their mutual ability to stretch the floor.

Windler isn’t joking about his ability to stretch the floor. During NBA Summer League play in Salt Lake City, Windler hit a deep three-pointer against the San Antonio Spurs that caught the attention of nearly every Cavaliers fan. Swagger is the plus-sized sister to confidence and Windler showcased plenty of that for the Cavaliers while on the floor and will continue to do so through training camp and eventually the regular season.

But, before then Windler has a bit of down time and after a fairly hectic summer, he’s glad to be able to unwind. Not too long ago he finally has settled into a permanent situation in Cleveland after living the suite life out of a suitcase for a while. When he finds the time, he wants to explore Cleveland – especially its world famous food scene. But, he shared that it already feels a bit like home due to how similar it feels to his hometown of Indianapolis. Other than that, Windler also made his first big purchase with his NBA paycheck too, a Tesla Model S, something that he has wanted for a while.

Windler has also been using his time off the hardwood to get closer with his fellow rookie teammates. He had already become familiar with the former Vanderbilt point guard and fellow rookie Darius Garland. While at Belmont, Windler said he would sometimes practice with Garland who was then playing for nearby Brentwood Academy. Fast forward to now, and the bond between the two has only grown stronger. The same can be said of the relationship between Windler and fellow rookie Kevin Porter Jr., who bonded during their time togeth