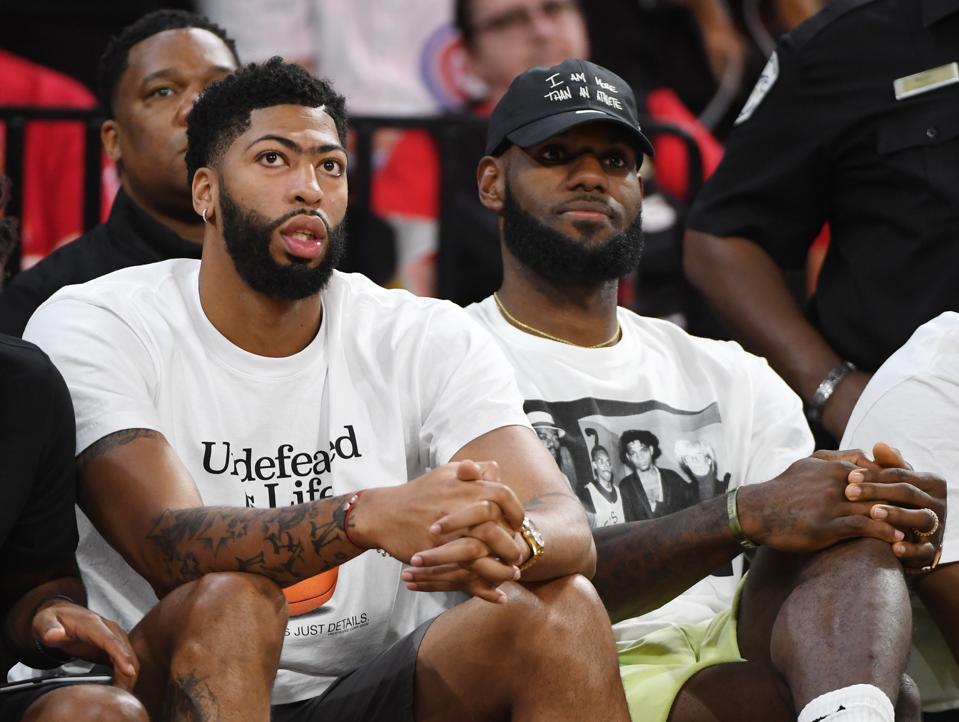 LeBron James is no longer the best player in the NBA.

That is according to ESPN. It might even be according to many of you out there who are partial to freaky Greek players or stoic superstars who now player for the Clippers.

At 34, LeBron is nearly geriatric in this sport. And it’s downright difficult to get motivated at an advanced age. The body creaks. Chairs seem lower to the ground than they once did. Music is louder and tacos just don’t taste the same, even on Tuesdays.

But if ever there were one more season to harness the power of myriad detractors, it would be this one.

The great thing about the NBA is its parity, and that extends from the teams to their superstars.

ESPN recently unveiled nearly all of its 2019-2020 Top 100 Players, unveiling most of the top 10 concluding with player No. 3, LeBron James.

As ESPN states, “This is the first time since the debut of NBArank before the 2011-12 season that LeBron isn’t No. 1.”

James suffered his most arduous season from a physical standpoint with a groin injury that saw him play only 55 games.

In explaining the No. 3 ranking, ESPN’s Dave McMenamin states, “Though James’ averages of 27.4 points, 8.5 rebounds and 8.3 assists while playing a career-low 35.2 minutes per game last season suggest he is still in dominant form, his VORP (value over replacement player) and PER (player efficiency rating) were both the lowest they’ve been since his rookie season.”

James was indeed good but he wasn’t great. He was commendable considering the injury to his groin, the lack of shooters on the team and the front office turmoil taking place throughout.

But he wasn’t the King of the NBA.

So it makes perfect sense that the brand would take a bit of a hit. But you can also see how the upcoming season is particularly intriguing given a healthy James.

He has perhaps one of his best supporting casts with a roster that is filled with shooters, albeit light on the prototypical point guard playmakers.

He also has who might be his best running mate in Anthony Davis, a big man who is just now entering his prime.

LeBron no longer has to be the lone superstar to shoulder heavy minutes and nightly scrutiny.

James is also well rested thanks to a groin injury that had him miss five weeks. The Lakers were also nice enough to stink up the joint just enough to get the King an early recess from the remainder of the season.

And, thanks to even the smallest of snubs, the King now has proper motivation to kick off the season.

As a follow-up to their rankings, ESPN corralled a few of their writers to opine on James and what he is at the moment. Lauding him for his social media acumen, Jackie MacMullan also expounded on James’ ability to turn criticism into fuel: “The beauty of LeBron is his ability to take slights, real or imagined, and channel them into a frothy lather that will display his undeniable talents yet again.”

James isn’t just out to prove that he remains the best player on the planet. More important is the need to prove the Lakers are the best team in the league.

According to some, the Lakers aren’t even the best team in their own city.

Earlier in the week the subject of th