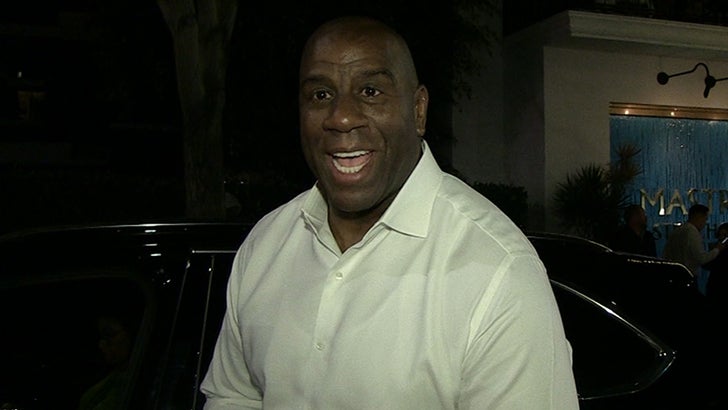 LeBron James is widely considered the greatest athlete on the planet … but Bronny could be EVEN BETTER than his daddy … so says Magic Johnson!!

LeBron James Jr. isn’t even old enough to drive a car and he’s already getting massive attention on the court (he is the son of the biggest NBA star in the world after all)

TMZ Sports spoke with the Laker legend at Mastro’s about the prodigy’s future and whether he can be the heir to the throne … and Magic says it’s definitely possible.

“I think so,” Johnson tells us. “You hope so, anyway. Normally what happens is sometimes with all that skill and talent that LeBron has, it passes to his son.”