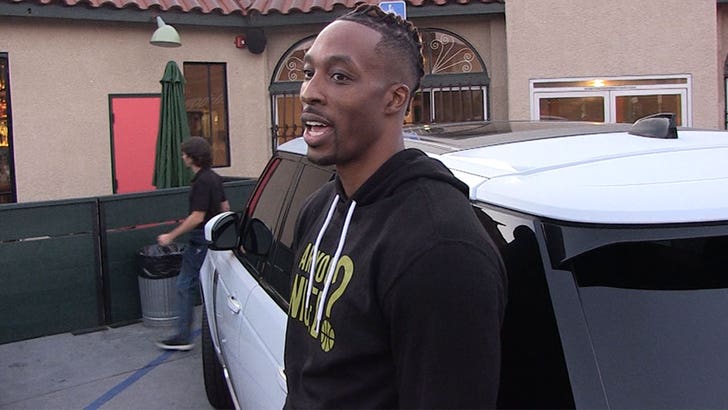 It’s been 11 years since Dwight Howard won the NBA Dunk Contest with that insane Superman slam … and now DH says he’s given serious thought to doing it AGAIN!!!

“I thought about it. I’m getting my legs back. I feel young again,” 33-year-old Howard told us outside The Window burger joint in Venice.

When we asked if entering the 2020 contest was a real possibility, Howard wouldn’t commit … instead telling us his main focus this season in winning an NBA title with the Lakers.

“I have thought about it, but winning the championship is the most important thing. I have all the individual accolades but I don’t have the trophy so hopefully, we can win this title this year, which I believe we can.”

There’s A LOT more with Dwight … including why he thinks his second stint with the Lakers is going so much better than his first time in L.A. back in 2012.

“We’re all healthy,” Howard said. “We all have one goal and one mission and the Most High has really blessed us.”

Howard says the Lakers locker room is solid this seaso