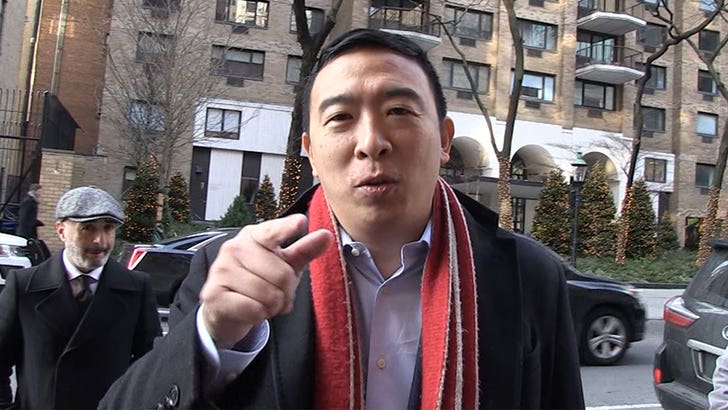 Andrew Yang is looking to get a King’s endorsement for his 2020 presidential campaign … telling TMZ Sports he wants LeBron James on his side!!

The entrepreneur-turned-Democratic candidate already has a solid list of celeb backing — from Donald Glover to Elon Musk to Rivers Cuomo from Weezer — but no big-time athletes … yet.

Considering Yang’s a big NBA fan, we asked — hypothetically — which baller he’d most want as his running mate … and it took him like, a millisecond to give us his answer.

“I’d have to go with LeBron James,” Yang tells us. “He’s already shown he’s got a heart of gold and loves the American people.”

Yang showers the Lakers superstar with praise and throws some major shade at President Trump in the process … saying, “He certainly could do better than the guy who’s currently there.”

Of course, Bron has shown support for Hillary Clinton in the past … and even introduced her at a rally in Ohio.

LBJ has also made his feelings about POTUS crystal clear … cal